Appearing in the second Doctor Who story the Underwater Menace the fish people were humans who were surgicly transformed into fish people by damon so they could breathe underwater. The atlanteans used them to gather plankton and other various sea foods, which they then ate. Later Sean and Jako convince them to overthrough the atlanteans and bring for themselves. 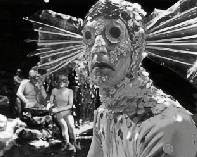 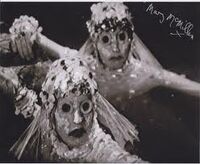 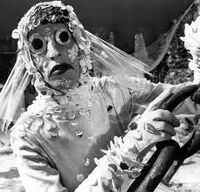 peek,a,boo
Add a photo to this gallery
Retrieved from "https://monstermovies.fandom.com/wiki/Fish_Person?oldid=13869"
Community content is available under CC-BY-SA unless otherwise noted.