Greenmons was originally a peaceful plant on an abandoned island. Three scientists tried to enlarge it with gamma-rays causing it to mutate and become aggressive. After munching on two of the scientists it comes for the third but is stopped by the science patrol causing Greenmons to flee. Later on when the plant grows to massive sizes it attacks Tokyo late at night but after a short battle Greenmons bursts into flames.

Greenmons is a ginormous plant that looks a bit like slime. It is also able to emit a strange gas from what is possibly its mouth. 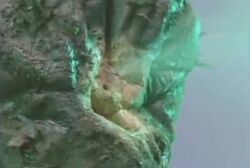 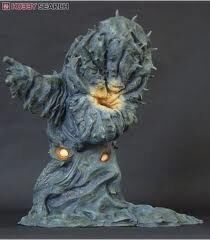 A Fantastic Model of Greenmons
Community content is available under CC-BY-SA unless otherwise noted.
Advertisement