Dr. Henry Wu, InGen's chief scientist was really interested in creating an entirely new species by gene crossbreeding, ever since he learned the inclusion of frog DNA had given the dinosaurs that were bred in both Isla Sorna and Isla Nublar capable switching gender.

The teeth of Indominus rex was from DNA of Deinosuchus, a prehistoric crocodile which explains why its resemble those of crocodilians. The size of Indominus was from Giganotosaurus, even though the I. rex could reach 50 feet long when fully grown and none of the theropods used in its creation, including Giganotosaurus, could grow over 50 feet long. 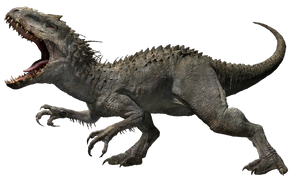 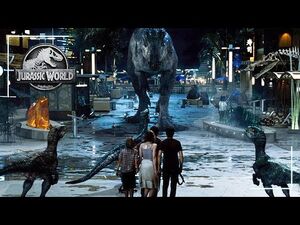