Ramarak is the main antagonist of the 2017 action/adventure film Kong: Skull Island. he is an adult specimen of the Skullcrawlers, a predatory species who had killed Kong's species.

Ramarak is responsible for the extinction of Kong's species, and is the most feared creature on Skull Island, and who has been looking for Kong to kill.

During the attempted assassination of Kong by Preston Packard, Ramarak appears from the lake and heads quickly to Kong, who kills Preston and then begins to fight against him while Conrad escapes. Ramarak subdues Kong and pursues the survivors who are running to the waiting boat

Ramarak catches up to them and Cole decides to sacrifice himself by blowing up himself and Ramarak with Grenades. Ramarak sees this however and tail whips Cole into the side of a mountain where he explodes only killing himself. Before Ramarak can engage in killing the survivors, a rock comes from above onto his head and Kong leaps down afterwards to begin a battle. Ramarak manages best Kong and even wraps his tail around him and throws Kong into a wrecked ship where Kong becomes entangled in the heavy chains of the ship itself. Before he can kill Kong, he becomes distracted by gunfire from Marlow's boat with the mounted AA guns.

Distracted, he turns his attention to the boat where the guns cut off, leaving them defenseless to Ramarak until Weaver (stood atop a hill/mountain area) shoots him in the side of the head with a flare which then explodes, causes him pain. This distraction allows Kong time to free himself off the chains and use a propeller attached to them as a chain-mace and lands a blow on Ramarak's back. He then wraps the chains around his fist to use the propeller as a form of knuckle duster/bladed gauntlet and slices Ramarak's throat open who falls below the area where Weaver was. This causes her to fall into water below and Kong fishes her out, unconscious.

Ramarak rises once more and uses his extendable tongue to wrap around Kong's fist to eat Weaver. As he pulls her into his mouth, Kong pulls his fist out, still with Ramarak's tongue around it which also pulls out his throat and organs, killing him.

Ramarak is a skull crawler with a giant crest fused into his neck and a darker skin tone. 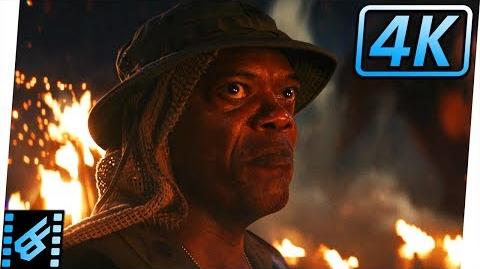 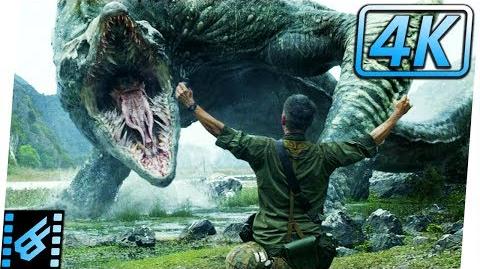 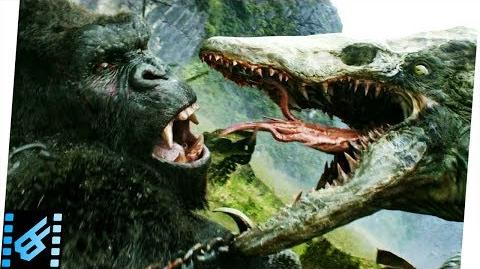